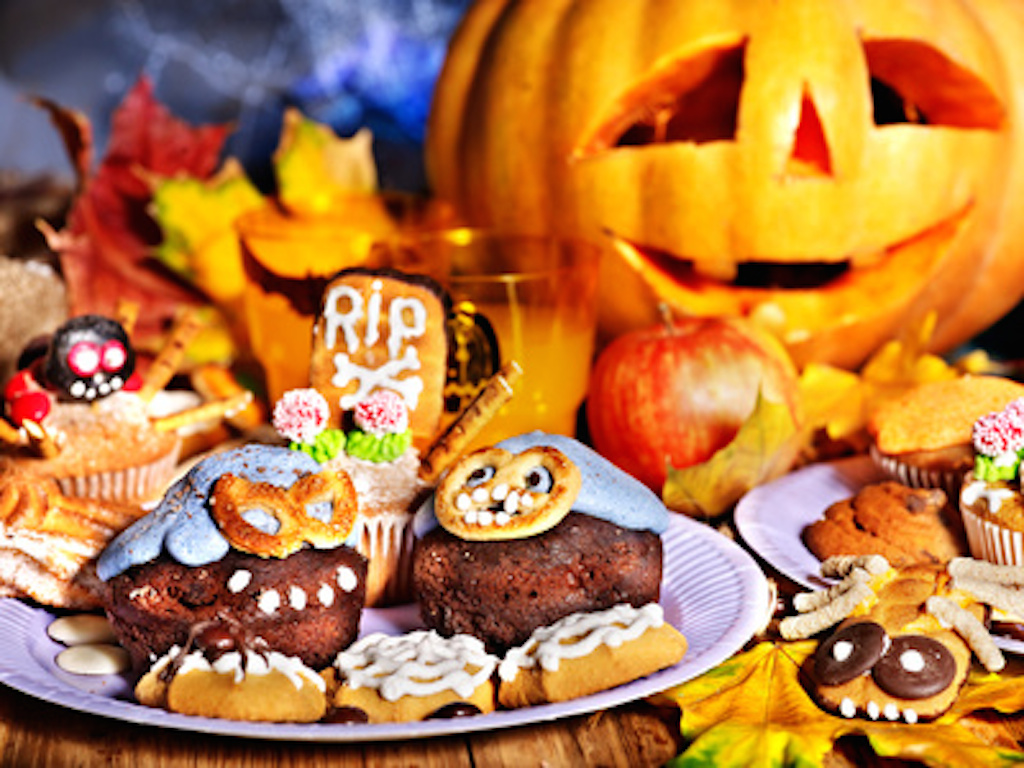 Treat, originally meaning ‘to negotiate, bargain or deal with,’ dates back to the late 13th century, as the Middle English verb treten. It came into English from the Old French traitier (‘to deal with,’ ‘act toward’ or ‘set forth in writing’), and can be traced back to the Latin tractāre (literally ‘to drag, tug, haul or pull violently,’ but also ‘to manage, handle or deal with’ and ‘to conduct yourself toward’), a frequentative of trahēre (to pull or draw), ultimately from the Proto-Indo-European root tragh-, possibly a variant of ‘dhregh- (to draw or pull on the ground). Treat is related to the Slovenian trag (trace or track), the Middle Irish tragud (ebb) and the English word tract, and also possibly related to the Old Norse draga (to drag), the Sanskrit dhrajati (pulls or slides in) and the Russian drogi (wagon) and doroga (way), as well as the English words drag and draw. The senses ‘to deal with or handle’ and ‘to develop in speech or writing’ both appeared in the early 14th century, despite the fact that they existed in the French source. These led to the medical sense, though it was not recorded until the late 18th century. The sense ‘to entertain with food and drink’ was first used around the year 1500. The noun, originally meaning ‘the action of discussing terms,’ dates back to the late 14th century, and comes from the verb. The sense ‘a treating with food or drink’ was first used in the mid-17th century, and expanded to ‘something that provides pleasure’ by the mid-18th century.