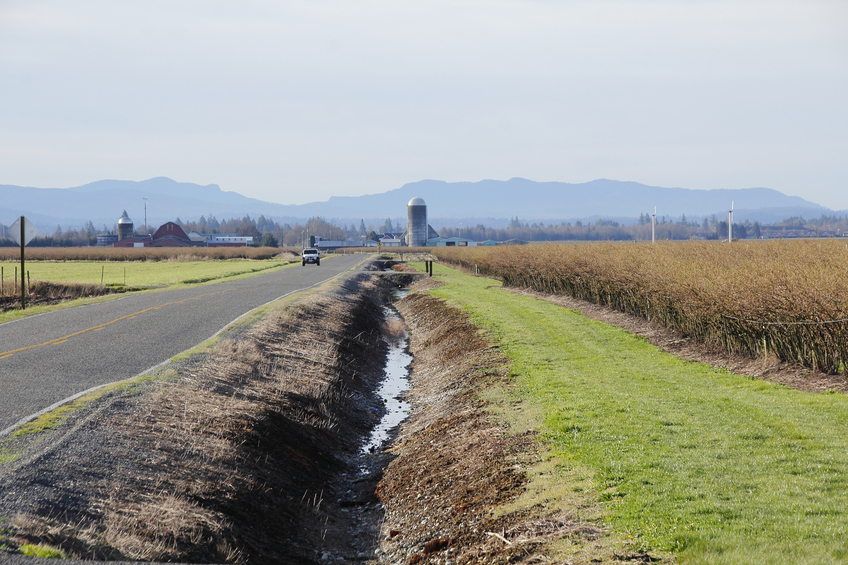 A ditch on the side of a road

A ditch is a narrow channel dug in the ground and used for draining or irrigating land or any natural channel or waterway. The verb ditch means ‘to dig a ditch’ and also ‘to crash a plane into water.’ Colloquially, to ditch means ‘to get rid of something’ or ‘to miss something without permission,’ such as school or work or just an unpleasant task. When you’re talking about someone, ditch means ‘to leave’ or ‘to escape from.’

last-ditch: said when something is your last chance. Example: “It was his last-ditch effort to get the job, and he failed.”

dead in a ditch: we sometimes say this when we imagine that something bad has happened to someone because we haven’t heard from them in a while. Example: “If my husband doesn’t answer my calls at night, I get worried and assume he’s dead in a ditch somewhere.”

Ditching school is also known as playing hooky (or hookey) and is the subject of the Lonesome Sundown song “You’re Playing Hookey,” which you can listen to here:

The classic movie about playing hooky is Ferris Bueller’s Day Off (1986).

Ditch dates back to before the year 900. It evolved from the Old English noun dīc, and later the Middle English word dich, meaning ‘trench,’ ‘ditch,’ ‘earthwork with a trench,’ or ‘moat.’ It can be traced back to the Proto-Germanic root dik-. Ditch is a regional variation, from the south of England. The northern variant became the word dike or dyke, which we still use today for many of the same meanings.

See full definition
Learn more about ditch in our forums

Ditch in other languages