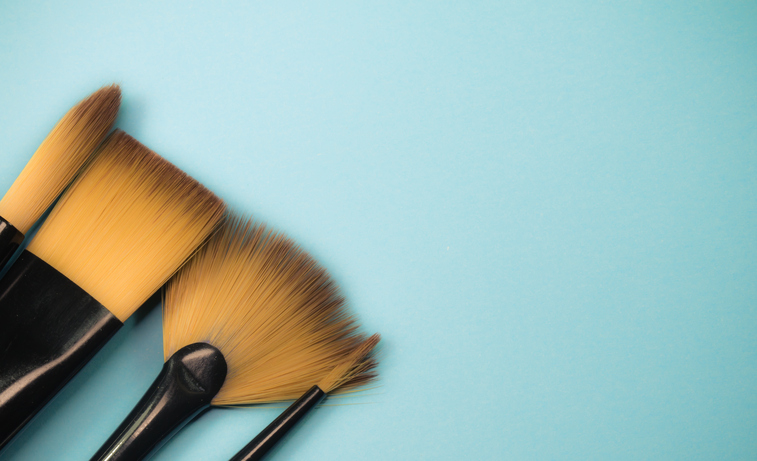 A bristle is, most commonly, a short, stiff coarse hair of certain animals like hogs, which are used in making brushes. A short, stiff hair on other animals or humans, like the hairs that make up the stubble on a man’s chin, can also be called a bristle and, generally, anything resembling such a hair can be called a bristle too. As a verb, and when we are talking about hair, to bristle means ‘to stand or rise stiffly.’ Figuratively, sometimes followed by up, to become stiff with anger is also to bristle, as is to be full of something or to be astir with something.

Chimney sweeping is a profession in which you might have need of bristles. In this clip from the musical Mary Poppins you can see Bert the chimney sweep, with his brushes, singing about his job:

Listen out for the lyric “I choose me bristles with pride.”

Bristlebird is a name used for some Australian reed warbler birds, like the Rufous bristlebird you can see in this short clip:

Bristle dates back to before the year 1000, as the Old English noun byrst (bristle), before the r shifted to give us the Middle English brist and bristel. In Modern English, we settled for the second form, with the -el ending that is common in Germanic languages when talking about something small (usually -le in English nowadays). It can be traced back to the Proto-Germanic bursti– and the Proto-Indo-European bhrsti-, from the root bhars– (point or bristle). It is related to the Old Norse burst, the Middle Dutch borstel, the German Borste and the Danish börste (all meaning ‘bristle’), as well as the Sanskrit bhrstih (point or spike) and the English word brush. Its use was already extended to parts resembling bristles on plants and insects in Old English, and it has been used figuratively about anything resembling a bristle since Middle English. The verb comes from the noun, and dates back to around the year 1200, though for the most part, the early evidence for the verb is implied in the past-participle adjective bristled (covered with bristles). The sense expanded in the late 15th century to include ‘to stand up or become stiff’ (usually said of fur or hair), and the verb started to be used much more frequently with this new meaning. The sense ‘to become angry or excited’ dates back to the mid-16th century, and is a figurative take on the way animals’ fur often stands on end when they are ready to fight.

See full definition
Learn more about bristle in our forums

Bristle in other languages