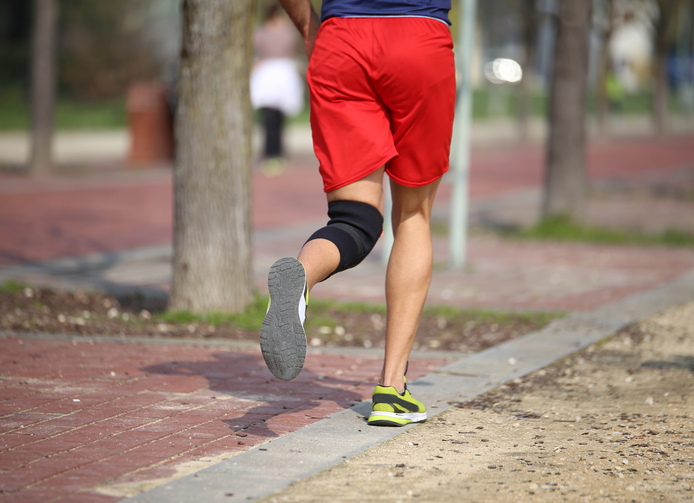 To limp means ‘to walk with difficulty because one foot or leg is dragging behind.’ Figuratively, often followed by along, it means ‘to progress slowly or with trouble and hesitation.’ A limp is the way someone walks if they limp. As an adjective, which may or may not be related to these first senses, limp means ‘without firmness or strength’ and it can be used literally, but also figuratively to mean ‘lacking structure or substance.’ It also means ‘tired or fatigued.’

Limp Bizkit is the name of an American rap rock band. Their lead singer chose the name because he wanted something that people would find unpleasant. He thought that if someone didn’t like a band purely because of its name, that wasn’t the sort of person he wanted listening to his band’s music. You can listen to Limp Bizkit’s cover of the George Michael song “Faith” here:

Unrelated to the meanings of the word limp, a limpet is a mollusc that clings tightly to rocks.

Limp dates back to the mid-16th century. The verb, meaning ‘to move with jerky or halting steps,’ is of uncertain origin. It is not found in Middle or Old English texts, however, some researches believe that it may have existed for much longer than we think, and was simply not recorded. It may be related to the Middle English verb lympen (to fall short), which is found in the late 14th century, and is thought to be related to the Old English adjective lemphealt (halting, lame or limping), but the origin of the first part of the word, which could be related to limp, is also unknown. Some linguists believe limp could be related to the Middle High German limphin and the German lampen (to hang limp), the Middle High German lampen (to hang down) and the Sanskrit lambate (hangs down), even going as far as to propose a Proto-Indo-European root meaning ‘slack, loose or to hang down.’ There is also the Middle English verb limpen, which meant ‘to happen or befall,’ from the Old English verb limpan. Some linguists believe that they may actually be related to limp, despite the different meaning, but so far, we only have competing hypotheses. The noun comes from the verb, and dates back to the early 19th century. The adjective limp, meaning ‘flaccid or drooping,’ or ‘lacking stiffness or firmness,’ dates back to the early 18th century. Its origin is also uncertain, but some linguists think it may have come from the first element in the Old English adjective lemphealt (mentioned above), making it related to the verb. Others point to a possible Scandinavian origin, and a relation to the Icelandic limpa (slackness) and limpilegur (soft or flabby).

See full definition
Learn more about limp in our forums

Limp in other languages