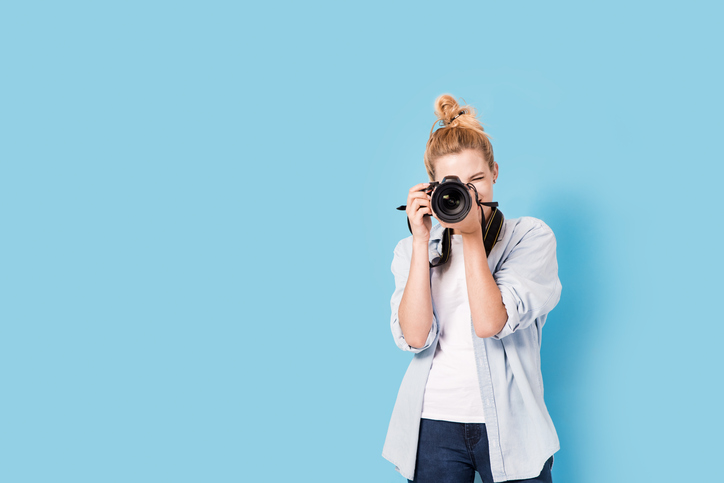 You might know that a shot is the discharge of a firearm or the act of shooting a gun. It can also be a person who shoots, usually with an adjective that describes how they shoot. Informally, a shot is an injection or an attempt or try. It is also a negative remark aimed at some person or thing. In sports it is any aimed stroke, throw, or kick, especially an attempt to score. A shot is also an informal word for a photograph and, in movies, it is a unit of action filmed without stopping and from a single camera view. A chance with odds for and against is a shot too.

long shot: something unlikely, but possible. Example: “I guess you could apply for that job, but you don’t really have enough experience, so it would be a long shot.”

call the shots: be in charge. Example: “You’ll have to ask the boss if you want a day off; she’s the one who calls the shots.”

big shot: an important person. Example: “Brian walks around like he’s a big shot since he got that raise at work, but he’s still just a junior associate.”

As well as being a noun, shot is the past tense and past participle of the verb to shoot. You can hear it being used that way in Bob Marley’s song “I Shot the Sheriff,” which you can listen to here:

A shot is also a small amount of undiluted alcohol. Example: “The bartender poured Tex a shot of bourbon.”

Shot can also be used as an adjective to describe fabrics that have been woven with warp– and weft-threads of different colors. This is most often done with silk and it makes the color of the fabric seem changeable.

Shot dates back to before the year 900. The Old and Middle English noun scot or sceot was sometimes also found as gesceot in Old English, which was the adjective and past participle form of the verb sceotan (originally meaning ‘to hurl missiles’). The noun originally meant ‘a shot, a shooting or an act of shooting,’ ‘the discharge of a bow or missile’ and ‘what is discharged in a shooting or what is shot forth,’ as well as ‘a quick, darting motion.’ It is thought that the verb was the first to appear in English, and the noun senses evolved from the verb, though the written records for all date to around the same time. Shot can be traced back to the Proto-Germanic skutan and the Proto-Indo-European root skeud– (to shoot, chase or throw). Shot is related to the Old Norse skutr, the Old Frisian skete, the Middle Dutch scote and the German Schuß (all meaning ‘shot’), as well as the Sanskrit skundate (hastens or makes haste), the Old Church Slavonic iskydati (to throw out), the Lithuanian skudrus (nimble or quick), the Old Norse skjota (to shoot with a weapon), and English words such as scout, sheet, shout, shut, shuttle and skeet. The meaning expanded to other types of projectiles and objects thrown in Middle English (13th or 14th century), and to sports in the mid-19th century. The figurative sense ‘a drink’ dates back to the late 17th century, a play on the idea of “tossing down” the drink, but the more specific sense ‘a small glass of strong alcohol’ first appeared in the 1920s. The sense ‘try or attempt at something’ dates back to the early 18th century, and the figurative sense ‘remark made to wound’ is from the mid-19th century. The sense ‘injection’ first appeared in the early 20th century, and the figurative expression ‘a shot in the arm’ (something to give vigor) is a play on this from the 1920s. The camera and film sense was first used in the 1950s. The expressions shot in the dark and big shot both date back to the mid-19th century, while call the shots was first used in the US in the early 20th century.

See full definition
Learn more about shot in our forums

Shot in other languages