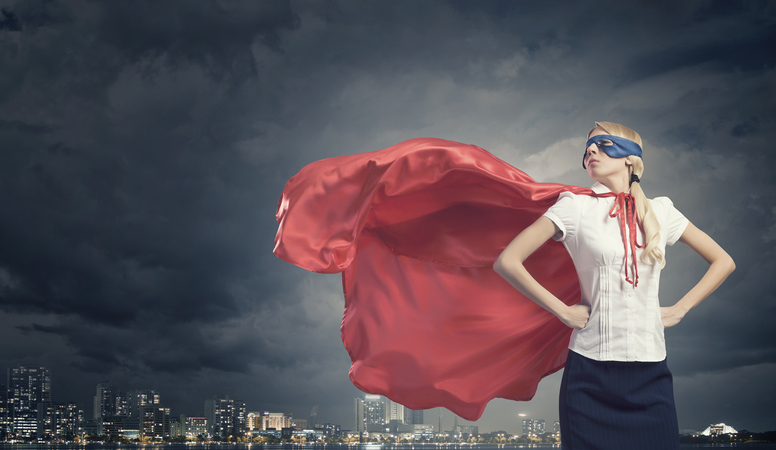 Is she really a superhero, or is she just boasting?

When you boast, it means that you speak with exaggeration and too much pride about something or someone, usually about yourself. It also means ‘to be proud or lucky to own or have something.’ As a noun, a boast is a cause for pride or an instance of exaggerated speech.

Listen out for the lyric “Don’t wanna boast, but I’ll grow much better there.”

In masonry, to boast means ‘to shape stone roughly.’

Another word you might know that means ‘to speak with exaggeration and too much pride’ is brag. As both a verb and a noun, boast and brag can be used interchangeably in the sense of showing off about something. However, you can’t use brag in the sense of being proud or lucky to have something or a cause for pride.

Boast, meaning ‘arrogance, presumption, vanity or pride,’ dates back to the early to mid-13th century. It came into English from the Anglo-French bost (ostentation), though it probably made its way into French from a Scandinavian source, such as the Norwegian baus, meaning ‘proud, bold, or daring.’ Boast can be traced back to the Proto-Germanic bausia (to blow up, swell or puff up), from the Proto-Indo-European root bhou-, a variant of the root beu– or bheu-, meaning ‘to swell.’ As you may have noted, all the senses of boast (as well as related words in other languages) are built on the figurative notion of ‘swelling with pride or with emotion,’ which has been a common comparison found in many languages for centuries. Boast is related to the Middle High German bus (swelling), the dialectal German baustern (to swell), the Middle Dutch bose, and Dutch boos (evil, wicked or angry), the Old High German bosi (worthless or slanderous) and the German böse (evil, bad or angry), as well as the Greek phyllon (leaf) and phallos (swollen penis), the Latin florere (to blossom or flourish), the Old Prussian balsinis (cushion), the Old Norse belgr (bag or bellows), the Old English bolla (pot, cup or bowl), the Old Irish bolgaim (I swell), bolach (pimple) and bolg (bag), the Serbian buljiti (to stare or be bug-eyed) and the Serbo-Croatian blazina (pillow), as well as many English words, including ball, balloon, bellow, belly, billow, bowl, bulge, bulk, bull, fluent, fluid, flush, fool, full and influence. The sense ‘a brag or boastful speech,’ which is the most common now, dates back to around the year 1300. The meaning ‘a cause for pride or occasion of pride’ first appeared in the late 16th century. The verb boast, meaning ‘to brag or speak arrogantly,’ dates back to the mid-14th century. It either comes from the verb, or came into English from the same source. The sense ‘to speak with pride’ appeared in the late 14th century, while ‘glory in possessing something’ was first used in the mid-16th century, and ‘to possess something remarkable or admirable’ dates back to the late 17th century.

See full definition
Learn more about boast in our forums

Boast in other languages