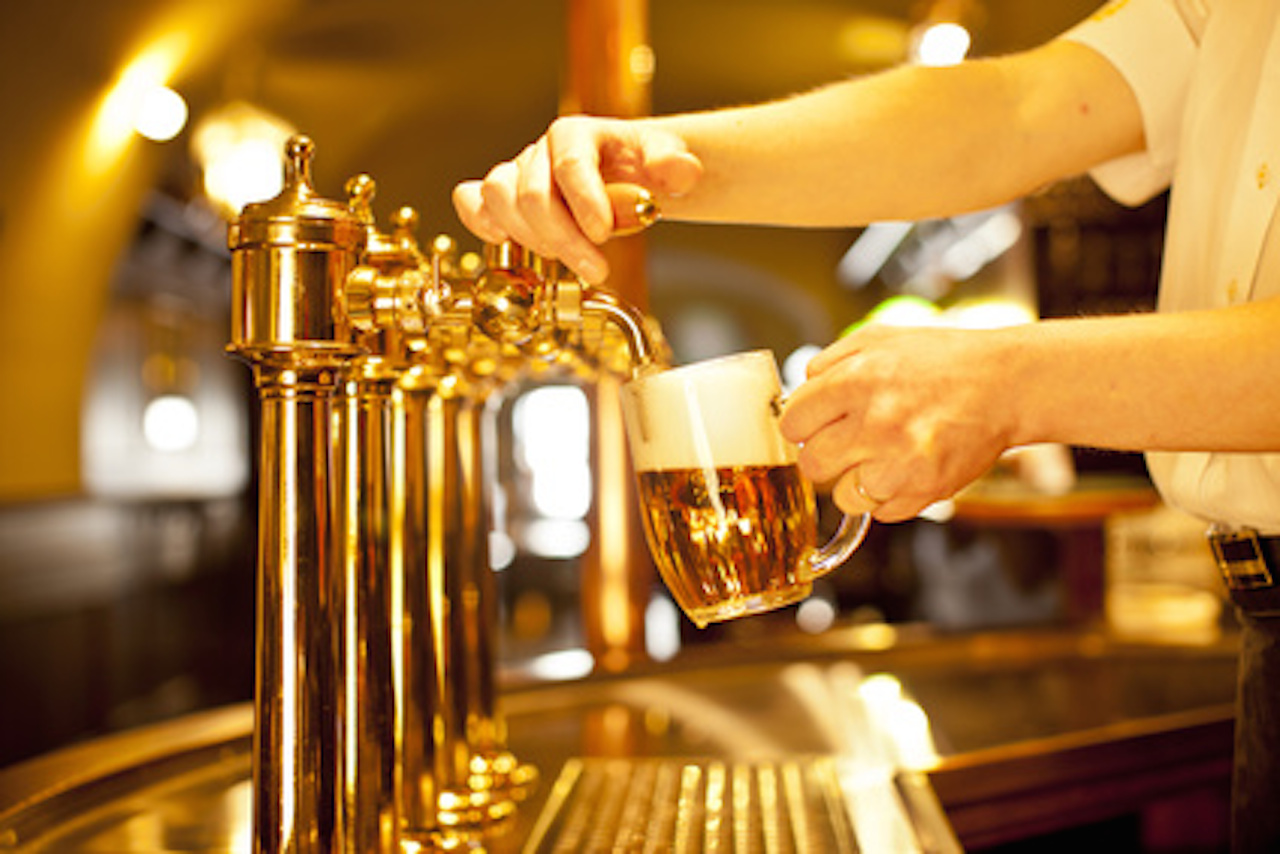 As a verb, tap means ‘to strike something lightly and softly,’ and also ‘to enter words or numbers on a keyboard.’ As a noun, tap is something that you close and open to let liquid or gas flow (it’s often called faucet in the US in reference to liquids). Another verbal use of tap is ‘to get liquid out of something.’ Tap can also mean, figuratively, ‘to listen secretly’ (usually to telephone calls), and, as a noun, mainly in US English, ‘a device installed on a telephone line to listen to it secretly.’

tap water (noun): This is water that comes straight from the tap. If you don’t want to pay for mineral water in a restaurant, ask for tap water instead (as long as you are in a country where the tap water is drinkable, of course). “During the summer our tap water sometimes smells fishy.”

on tap (adjective): This describes drinks, especially beer, poured straight from the barrel with a tap and served in a glass instead of a bottle. It is also used figuratively to mean that a plentiful supply of something is readily available. “What kind of beer do you have on tap?” Or “The good thing about the Internet is that there is so much information on tap.”

tap into (phrasal verb): This means ‘to use something as a resource’ and is often figurative. “Try to tap into your creativity when writing your short story.”

Watch the Nicholas Brothers performing a tap dance routine in this clip from the 1943 musical film Stormy Weather here:

Tap dance got its name from the sound of the dancers’ shoes tapping against the floor. Tap can mean either the dance itself or one of the pieces of metal attached to tap-dancing shoes.

We also use the verb tap when someone is selected for an important position. Example: “The board of directors tapped Julie to be the company’s next vice-president.”

Tap, meaning ‘a faucet through which liquid can be drawn,’ dates back to around the year 1000, in the form of the Old English noun tæppa (Middle English tappa). It can be traced back to the Proto-Germanic tappo or tappon, though its origin before then is unknown. Tap is related to the Middle Dutch tappe, the Dutch tap, the Old High German zapfo and the German Zapfe, all meaning tap. The verb, meaning ‘to supply with a tap,’ also dates back to around the year 1000, in the form of the Old English verb tappian (Middle English tappen), from the same source as the noun. The sense ‘to draw liquid with a tap‘ is from the 15th century, while the figurative senses ‘make use of’ and ‘listen secretly’ were first used in the late 16th and mid-19th century, respectively. The noun related to the latter first appeared in the 1920s, and came from this sense of the verb. The other sense of the verb tap, ‘to strike lightly,’ dates back to around the year 1200, and came into English from the Old French verb taper (to tap or rap). Its origin is uncertain, though it could have come into French from a Gallo-Roman or Germanic source. Most linguists think it was originally imitative of the sound. The sense ‘to designate someone for a duty or position’ dates back to the 1950s, and is based on the idea of tapping someone on the shoulder. The noun, meaning ‘a light blow or stroke,’ dates back to the mid-14th century, and comes from the verb.

See full definition
Learn more about tap in our forums

Tap in other languages