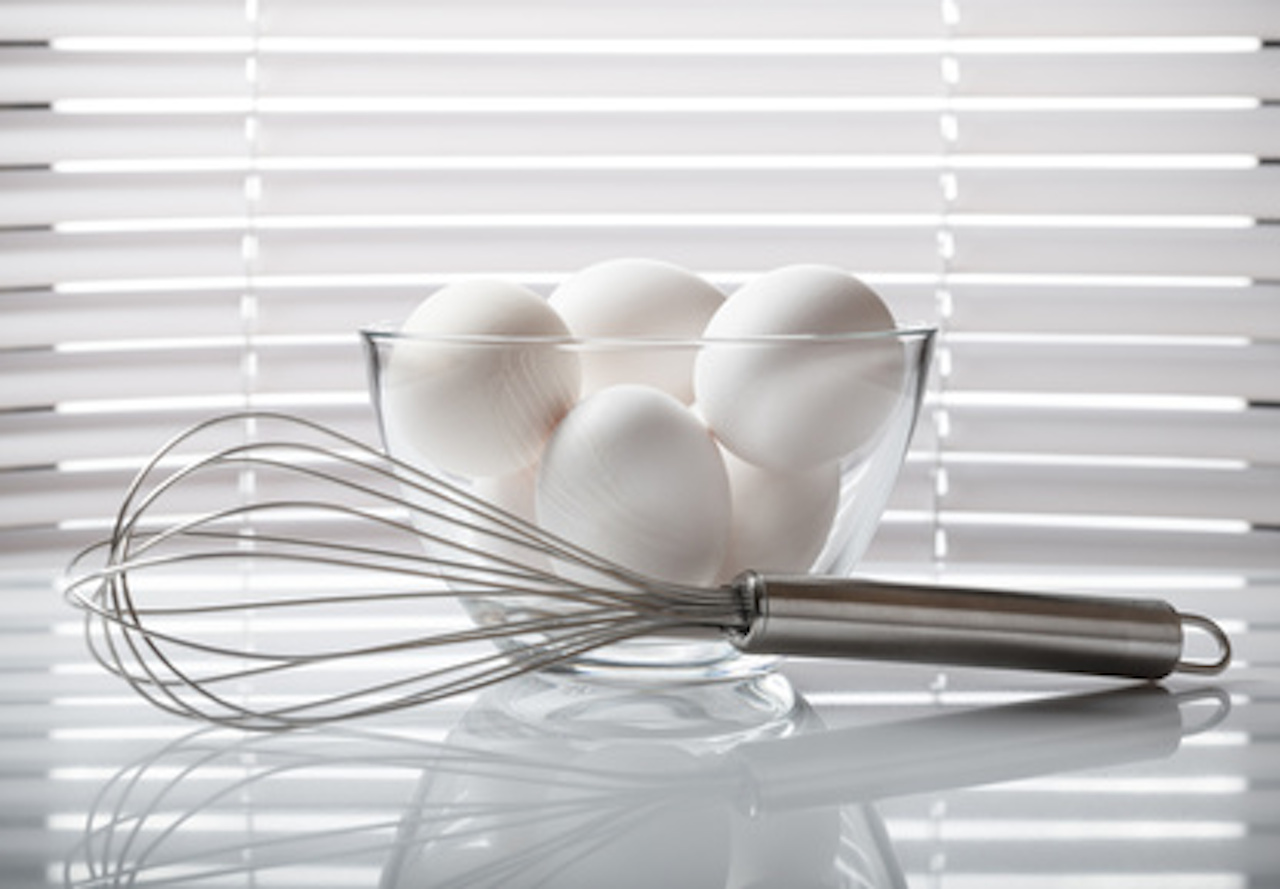 A whisk is a wire tool we use for whipping eggs or cream. As a verb, whisk means ‘to whip or stir quickly,’ but it also means ‘to move something suddenly,’ or ‘to carry something quickly.’ A sudden and brief movement is also called a whisk.

Whisk is often followed by off, away, and to to mean that someone is being taken somewhere. In old-fashioned fairy tales, we often hear about a princess being whisked away by a handsome prince.

Listen to George Strait singing “Honky Tonk Crazy” here. Listen out for the lyric “Let the whiskey whisk her out of my mind.”

Whisk, beat, and stir are three words we use when mixing things in the kitchen, and they all mean something slightly different. You can only whisk thin, watery substances, like eggs, and you can do this with a whisk, a fork, or an electric mixer. Cookie dough is way too thick to whisk, but you can stir it, often with a wooden spoon. Beat is similar to whisk in that you can beat thin substances like eggs, but you can also beat thicker substances like butter, often with an electric mixer.

Whiskers are either a person’s beard, or the stiff hairs that some mammals, like cats, have on the sides of their faces. A whisker is a single hair on a man’s face.

Whisk, meaning ‘a quick stroke’ or ‘a sweeping movement’ dates back to the mid- to late 14th century, in the form of the Middle English (Scots) noun wysk. It came into English from the Old Norse visk (‘something to sweep with’ or ‘a wisp of hay’), and can be traced back to the Proto-Germanic wisk– (to move quickly) and the Proto-Indo-European root weis– (to turn or twist). Whisk is related to the Danish visk (broom), the Middle Dutch wisch, the Dutch wis, the Old High German wisc and the German wisch (all meaning ‘wisp or brush’), as well as the Sanskrit veskah (noose), the Czech vechet (a wisp of straw), and the English words whisker, wisp and whiskey. The spelling with wh– became common in the mid-16th century. Most English words with wh– evolved from Old English words spelled with hw– (from PIE roots that started with kw-), but as this spelling change became common, some other words that started with w were also altered. The most common contemporary meaning, ‘a kitchen implement for beating eggs or cream,’ first appeared in the mid-17th century. The verb, meaning ‘to move with a quick, sweeping motion,’ dates back to the late 15th century. It is thought to have come into English from a Scandinavian source, such as the Danish viske (to wipe, rub or sponge), or the Norwegian and Swedish viska (‘to wipe’ as well as ‘to wag the tail), from the same source as the noun.

See full definition
Learn more about whisk in our forums

Whisk in other languages