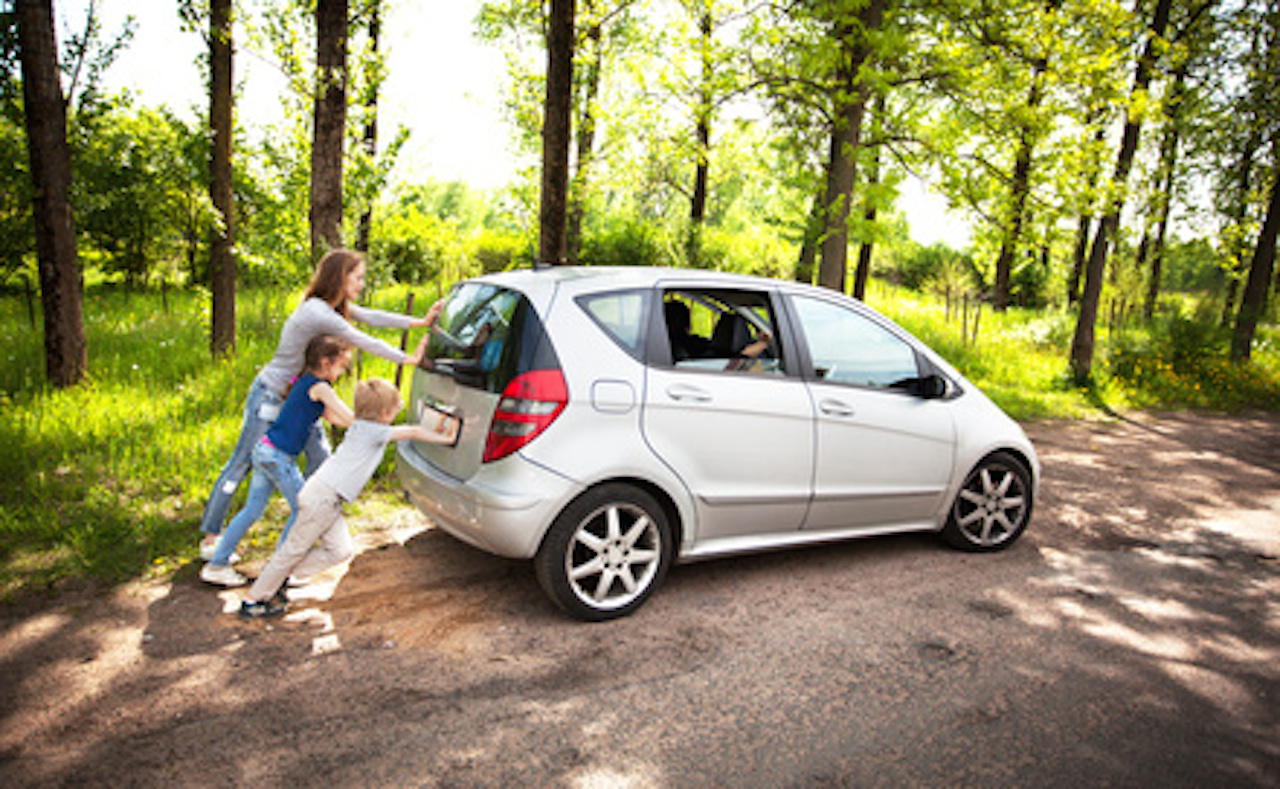 We pushed the car but it wouldn't budge.

Budge is a verb that means to move slightly. In everyday conversation it means to make room for someone else, and informally, it also means to change your opinion or somebody else’s.

In the UK the phrasal verbs budge up and budge over are used informally to mean ‘move to make room for someone.’ Example: “The kids budged up to let their two friends in the car.” “Budge over a bit, will you? I’ve got hardly any room here.”

Budge is very close to the English word budget, in terms of spelling and pronunciation, but they have completely different meanings.

Budge, meaning ‘to move,’ ‘stir,’ ‘change position’ or ‘give way,’ dates back to the late 16th century, around 1580. The transitive sense, ‘to change the position of something,’ appeared soon after (in the 1590s). It came into English from the Middle French bougier (to move or stir), and can be traced back to the Vulgar Latin bullicare (‘to bubble or boil,’ and figuratively, ‘to be in motion’), the Latin bullire (to boil), and ultimately the Proto-Indo-European beu– (to swell). Budge is related, therefore, to the French bouger (to move, change position or budge), the Spanish bullir (to move about or bustle) and the Portuguese bulir (to move a thing from its place), as well as the English words boil and boast.

See full definition
Learn more about budge in our forums

Budge in other languages