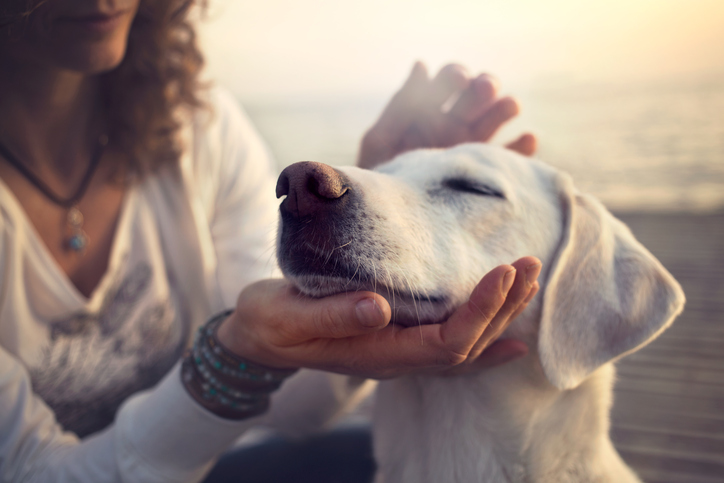 To pat means ‘to strike gently with the hand, so as to smooth, shape, or flatten a surface’ and also ‘to stroke gently as a sign of affection.’ As a noun, a pat is a light stroke and also a small, flat piece of something formed by patting. Additionally, pat is an adjective that means ‘exactly to the point or purpose’ but also ‘shallow and unconvincing,’ because it sounds rehearsed and unnatural.

have down pat: have something exactly, perfectly. Example: “Annie had her performance down pat.”

pat down: to move your hands lightly over someone’s body to check for concealed weapons or anything illegal. Example: “The police officer patted down the suspect.”

cowpat (UK): a piece of cow poop. Example: “Amanda was crossing a field when she stepped in a cowpat.”

Pat is also a shortened form of the names Patrick and Patricia. You can listen to Pat Benatar singing “Love is a Battlefield” here:

As a root, –pat– comes from Latin where it means ‘suffer’ or ‘experience.’ It can be found in words like: compatible, patient, patience.

A patty is a small flattened cake of food. It can be made of minced meat or vegetables. Here is a recipe, tried and tested by a member of the Word of the Day team, if you would like to try making patties.

Pat, meaning ‘a strike or a blow,’ dates back to the late 14th century. Its origin is unknown, but thought to be imitative of the sound of a blow. The sense evolved, over time, so that by the 18th century, it no longer meant a blow but a very light tap with an open hand. The meaning ‘something formed by patting,’ such as a pat of butter, dates back to the mid-17th century. The expression ‘pat on the back’ first appeared in the early 19th century. The verb, originally meaning ‘to strike’ or ‘to throw,’ dates back to the mid-16th century. Like the noun, the meaning evolved to ‘hit lightly with an open hand’ by the 18th century. The adjective pat, which describes something ‘exactly to the point or purpose,’ ‘apt,’ ‘timely’ or ‘suitable,’ is also used sometimes as an adverb (‘aptly, suitably’), dates back to the early 17th century (the adverb is a bit older, from the late 16th century). Its origin is unknown, but some linguists believe that it is a figurative take on the original meaning of the noun, meaning ‘a hit or strike’ on the exact point.

See full definition
Learn more about pat in our forums

Pat in other languages