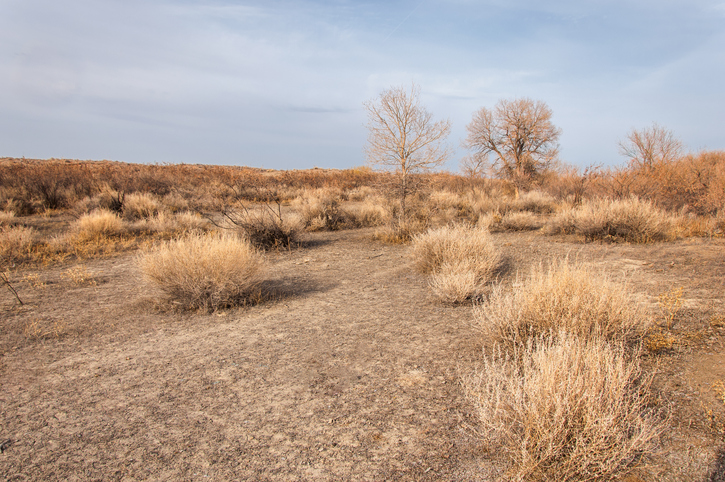 Renowned British physicist Dr. Stephen Hawking issued a stark warning to the human race not long before his death. You can listen to what he had to say here:

Because stark naked, meaning ‘completely naked,’ is a common collocation, in UK English it has given rise to the informal term starkers, which means ‘naked.’

Stark dates back to before the year 900. The Old and Middle English adjective stearc originally meant ‘stiff, strong or rigid,’ ‘obstinate,’ ‘stern, hard or severe,’ or ‘violent, rough or harsh.’ It can be traced back to the Proto-Germanic adjective starkaz and the Proto-Indo-European root ster– (stiff), and it is related to the Old Norse sterkr, the Danish and Old Frisian sterk, the Middle Dutch starc, the Old High German starah, the German stark and the Gothic starks (all meaning ‘stark’), as well as English words like stern, stare, stereo, startle, starve and even torpedo. With time, other words took over some of the original meanings, leaving the main senses we recognize today. Additionally, the sense ‘utter, complete or sheer’ dates back to the late 14th century, and ‘bare or barren’ was first used in the early 19th century. The adverb, as the Middle English sterke, dates back to around the year 1200, and comes from the adjective.

See full definition
Learn more about stark in our forums

Stark in other languages