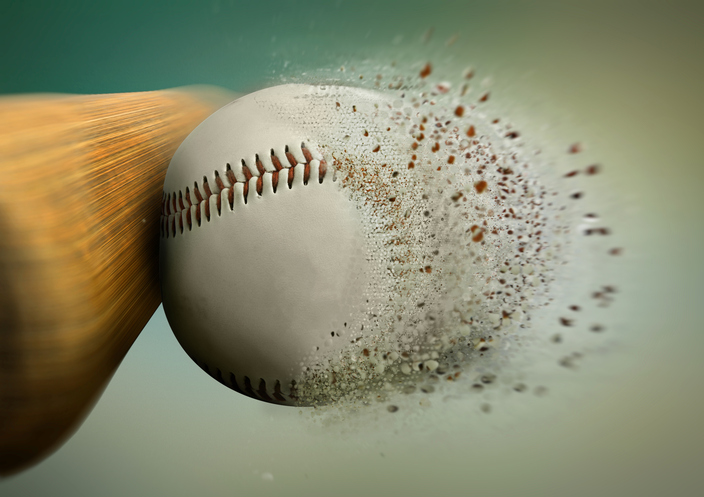 To whop means ‘to strike or beat with force’ and, figuratively, in contests or games, it means ‘to defeat soundly.’ Followed by out, it also means ‘to pull out violently,’ as well as ‘to drop or fall heavily.’ As a noun, a whop is a powerful blow or strike, a bump or heavy fall, and also the sound made by either a blow or a fall.

The related noun whopper is something unusually big. For example, a fisherman might say, “I almost caught a whopper today, but it got away!” A whopper is also a very big lie. So you might say, “You can’t believe anything Finn says; it’s just one whopper after another.”

Whop dates back to the mid-14th century. The Middle English verb whopen or wopen (meaning to ‘beat or strike’) originated in the sound a strike makes, and probably emerged as a variant of wap (a noun meaning ‘a hit or blow’). Just like wap soon expanded to be used as a verb, whop started being used as a verb, and eventually became more common, as wap fell out of use. By the late 15th century, whop was commonly being used in the figurative sense, ‘to overcome.’ The noun whopper, which originally meant ‘a large and audacious lie,’ emerged in the mid-18th century from this figurative sense, and its meaning expanded to anything large. Likewise, the adjective whopping, from whop, describes anything particularly big.

See full definition
Learn more about whop in our forums

Whop in other languages