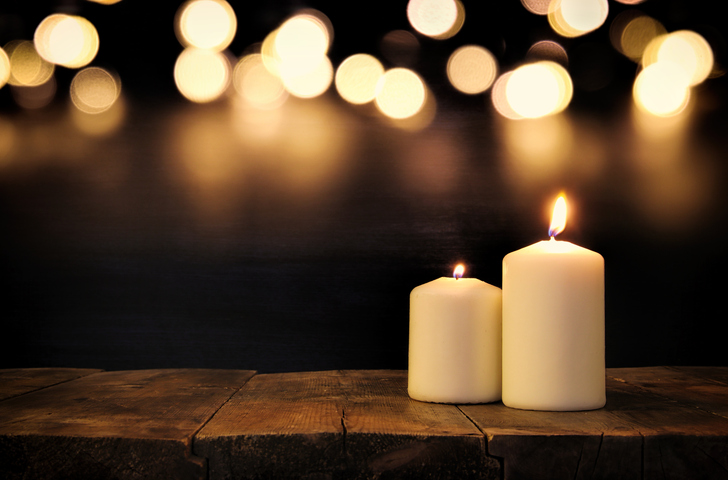 A wick is a bundle or loose twist of soft threads or a woven strip or tube which, in a candle, lamp, oil stove, cigarette lighter, or the like, serves to draw up the melted tallow or wax or the flammable liquid to be burned. Unrelatedly, in the sport of curling, a wick is an open passage between two stones or a shot where your stone hits a stationary stone so that your stone changes direction and to wick is to make such a shot.

get on someone’s wick (UK): annoy someone. Example: “One of my colleagues is not doing his share of the work and it’s really getting on my wick.” This slang expression is generally considered acceptable, but it is sometimes suggested that wick, in this expression, is rhyming slang for prick, which is a vulgar term for a penis, so it is best to be a little bit careful if you do use it, as some people might think it is vulgar.

John Wick is the title of a 2014 movie starring Keanu Reeves. You can see the trailer here:

In UK English, wick used to mean a village or hamlet. This meaning is now archaic, but you will still find it in the names of some UK towns, either in the form of wick or wich. It is used in some UK dialects now to mean ‘a dairy farm.’ In the dialects of northern England, wick can also be used as an adjective meaning ‘alive.’

You might think that wick is quite similar to the adjective wicked. In fact, long ago, wick was used as an adjective with exactly the same meaning as wicked, but that sense is now archaic.

Wick, meaning the ‘bundle of fibers found in lamps, candles and similar objects,’ dates back to before the year 1000. The Old English noun wēoc(e), or wice in some dialects, specifically meant ‘the wick of a lamp or candle.’ By Middle English, the word had evolved to wueke, wicke or weke, depending on the dialect, before settling on the modern wick. It can be traced back to the West Germanic weukon, though its origin before then is uncertain. Wick is related to the Middle Dutch wieke, the Dutch wiek, the Old High German wiohha and the Middle Low German wêke (all meaning ‘wick’ or ‘lint’), as well as the German Wieche (switch) and Wieke (lint). As a noun meaning ‘dairy farm’ (now used mostly in Essex and East Anglia, in the UK), wick dates back to before the year 900, as the Old English wīc, which meant ‘house,’ ‘mansion,’ ‘dwelling place’ or ‘village.’ By Middle English, the spelling had changed to wik or wich, and the meaning had shifted to ‘village, town or hamlet,’ as well as ‘dairy farm.’ The latter became the most common sense in the 13th century. Wick can be traced back to a Germanic borrowing of the Latin word vīcus (‘a group of dwellings,’ ‘a block of houses,’ or ‘a village’) and the Proto-Indo-European root weik– (clan). In this sense, wick is related to the Old High German wih (village), the German Weichbild (municipal area), the Dutch wijk (quarter or district), and the Old Frisian wik and Old Saxon wic (village), as well as the Old Persian vitham (house or royal house), the Greek oikos (house), and English words such as viking, villa, village, villain, parish, economy, ecology and even nasty. Finally, the curling sense dates back to the origin of the sport in 16th-century Scotland. Its origin is unknown.

See full definition
Learn more about wick in our forums

Wick in other languages