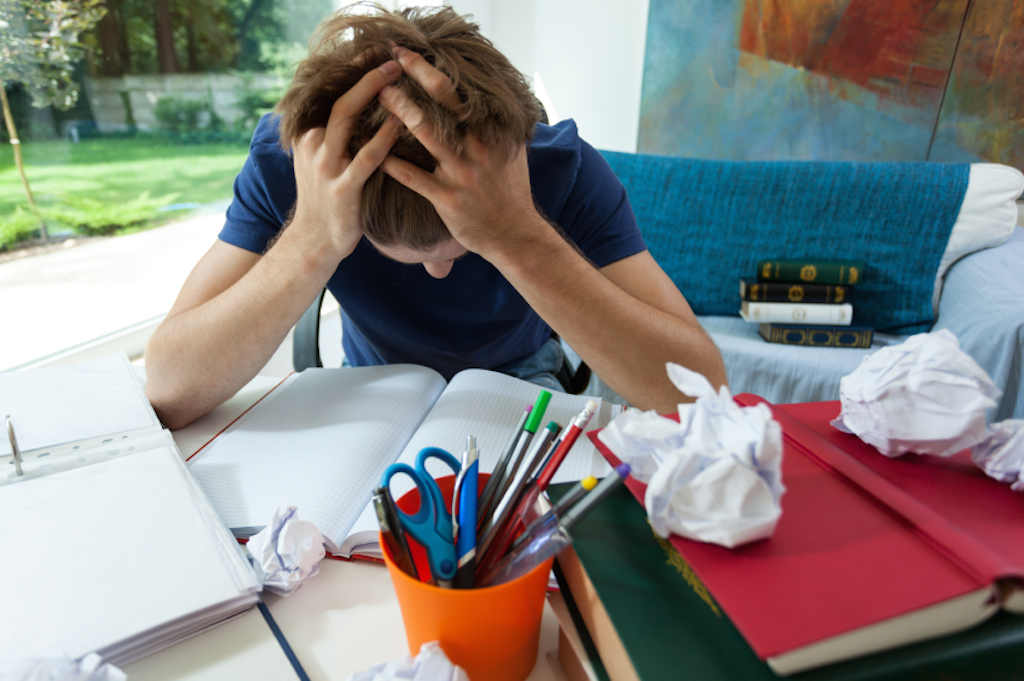 Many students find it hard to cope with the stress of final exams.

Cope doesn’t have to take an object, but when it does, it is followed by the preposition with. Example: “It’s hard to cope with two small children and a full-time job.”

Listen to George Harrison singing “Give Me Love” here. Listen out for the lyric “Give me hope, help me cope with this heavy load.”

Though rarely used these days, a cope is also a large cloak or mantle, especially the fancy mantle worn by priests or bishops over their white vestment on special occasions.

Cope dates back to the mid-14th century, as the late Middle English verb coupen, which originally meant ‘to quarrel’ or ‘to come to blows, deliver blows or engage in combat.’ It came into English from the Old French couper or colper (to strike or hit), from the noun coup or colp (a blow). It can be traced back to the Medieval Latin colpus, from the Vulgar Latin colapus and the Latin colaphus (a cuff or box on the ear), from the Greek kolaphos (a blow, punch or slap), though its origin before then is uncertain. The sense evolved, by the 18th century, to ‘handle’ (usually successfully) or ‘deal with,’ due to the influence of a completely different cope, now obsolete, which meant ‘to buy, traffic or bargain for something,’ and was used by merchants until the 17th century. This cope was Germanic, and related to the English word cheap as well as Copenhagen.

See full definition
Learn more about cope in our forums

Cope in other languages